There has been an explosion in research investigating the impact of indoor lighting on human health and wellbeing over the past twenty years. This has been driven in part by the 2002 discovery of non-image forming retinal ganglion cells sensitive to blue wavelengths, combined with the rise in use of computers, mobile devices, and TV services that extend our light exposure well into the evening hours.

A high proportion of the research has focused on how shorter blue wavelength light impacts circadian rhythm and sleep quality. However, a recently published study from the University of Tsukuba uncovers a new dimension to consider: how nighttime exposure to light generated with different technologies impacts the body’s energy metabolism and ability to burn fat during sleep.

This is an interesting and potentially important discovery worth diving into to understand what it means for lighting design in our indoor spaces. 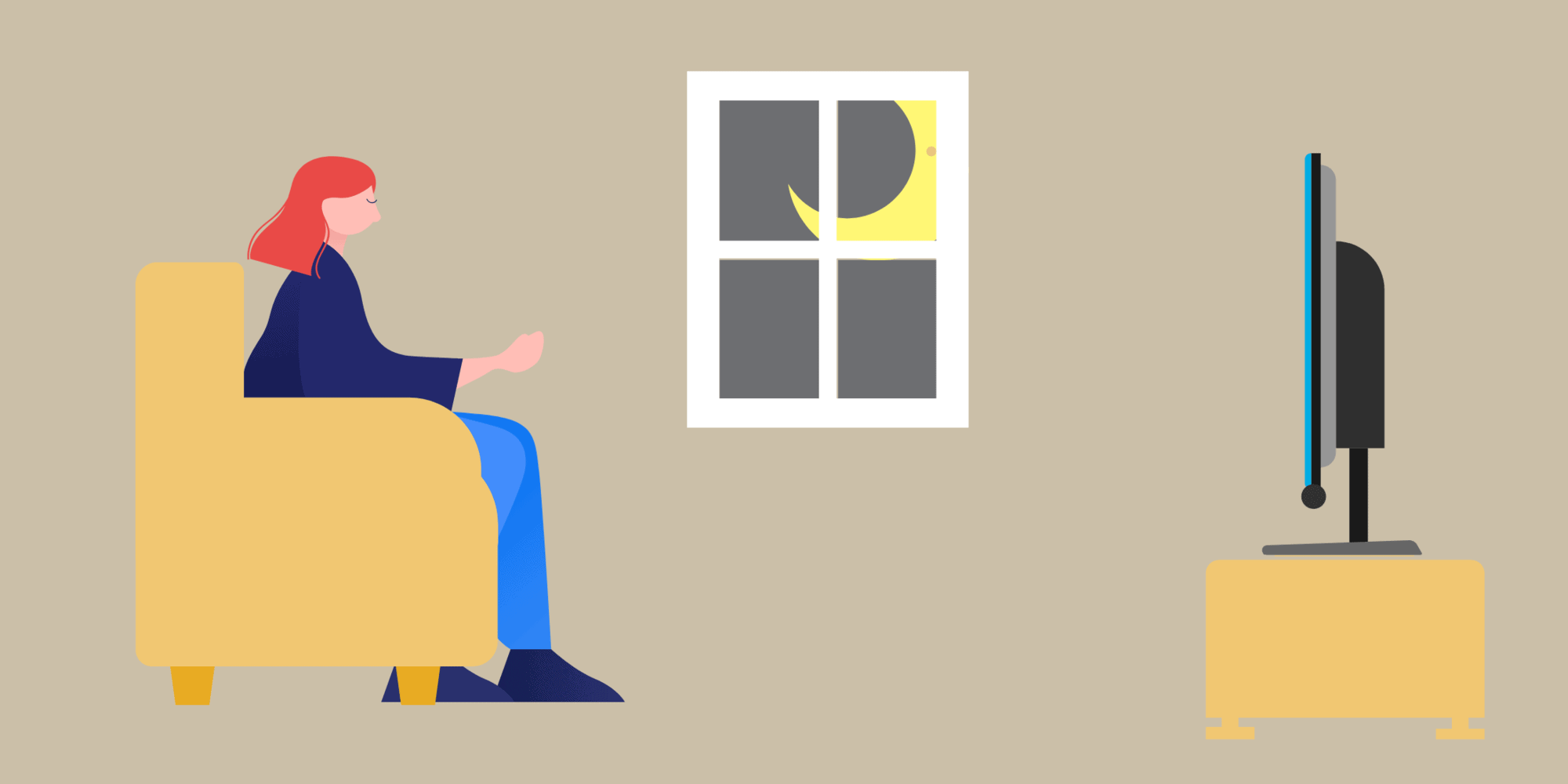 In the study, the researchers investigated two types of nocturnal activity in the human body:

An additional and unique aspect of this study is the use of two different types of polychromatic (4000 K) lighting technologies, inorganic LED and OLED, with the aim of gaining a deeper understanding of how nighttime exposure to light sources with different characteristics affect biological processes at night.

OLED lighting typically has less short blue wavelength in its spectral content than inorganic LED and is also more diffuse in nature with a high surface illumination uniformity, which results in lower glare. Including both types of lighting technologies in the study allows for additional insight into how these characteristics affect sleep, thermoregulation, and energy metabolism at night.

In the study, subjects were exposed to one type of lighting technology at eye level during the evening hours before sleep. The control group was exposed to dim overhead LED lighting operating at 100x lower illuminance than the test conditions. The researchers hypothesized that OLED lighting panels, which contain less short-wave blue content, would have less of an impact on sleep architecture and energy metabolism than the LED lighting of the control group.

The results of the study partially supported this hypothesis. Across the lighting technologies and conditions, the researchers did not see any difference in the sleep architecture of the participants.  Although it is not clear why, it is worth noting the researchers kept the melanopic lux, a measure of the amount of light in a source that can impact the circadian rhythm, approximately the same for the inorganic LED and OLED lighting panels used, so perhaps this could be expected.

Another potential reason for the lack of impact of lighting technology on sleep architecture is that the subjects were exposed to the light as ambient conditions – hung on a wall. This does not completely control for the actual amount of light that reaches the retina, but it is more representative of how a human would interact with lighting in a space.

The results reported on energy metabolism however, told a different story.

Of special interest was the observation that exposure to OLED lighting resulted in a statistically significant higher fat oxidation during sleep compared to the inorganic LED lighting of the control group.

This finding is new, and quite compelling, as it suggests that the nighttime light the body is exposed to can influence what type of fuel source (i.e. fat, carbohydrates, protein) is consumed during sleep, thereby potentially linking evening lighting conditions and weight gain or loss. 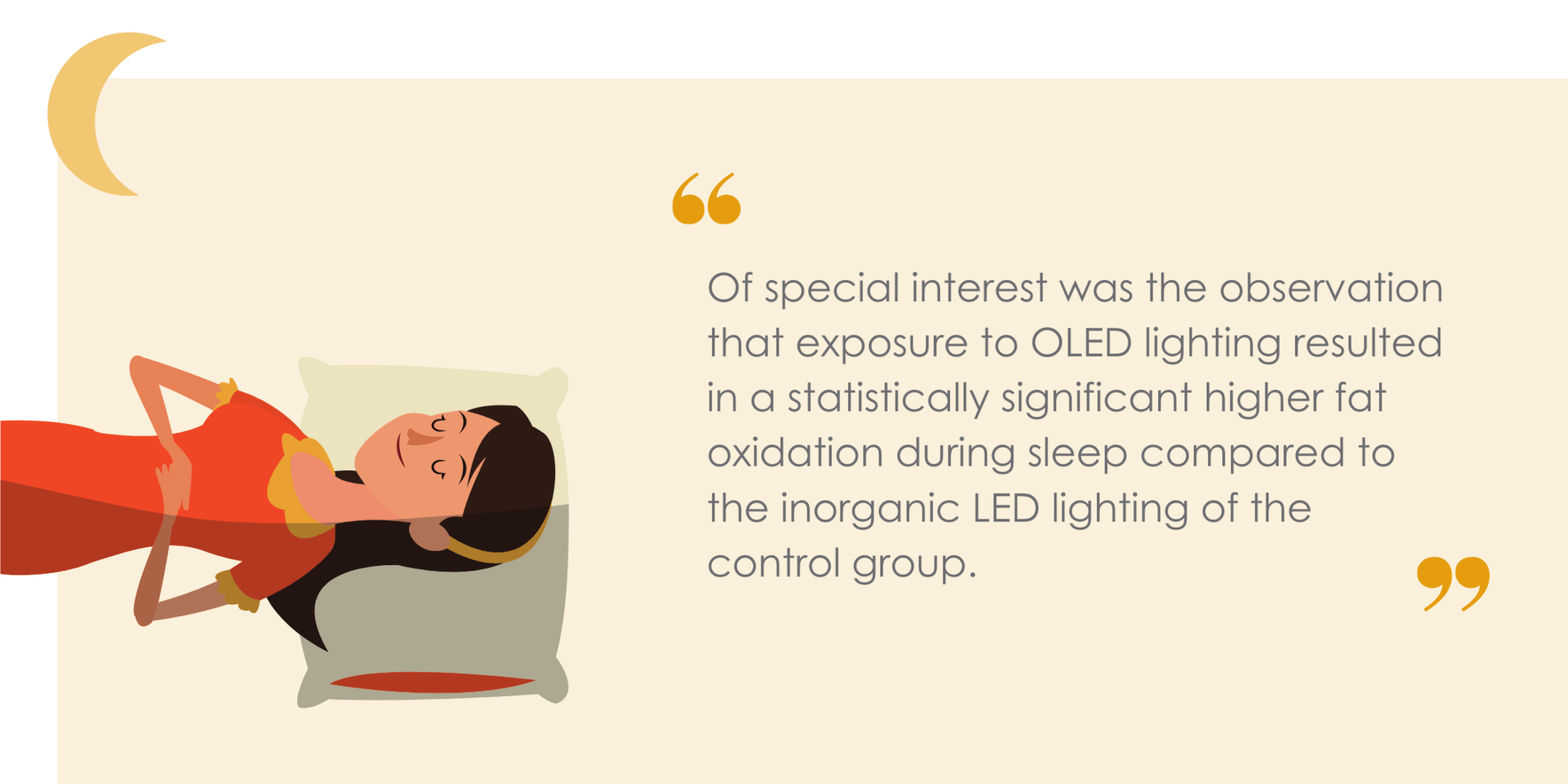 The authors propose that this effect could be related to other processes regulated by light that are not connected to sleep pattern, since no differences in sleep architecture were observed, and melanopic lux of the inorganic LED and OLED light sources were approximately the same.

Higher levels of 6-sulfatoxymelatonin, a metabolite of melatonin, were observed and correlated with fat metabolism after exposure to OLED light (but not inorganic LED light), which could hint that the type of light exposure at night can influence the role melatonin plays on energy metabolism during sleep. Authors also correctly note that other differences between the panel technologies, such as glare and presence of specific wavelengths, particularly in the short blue, may contribute to this effect.

It is an exciting finding, and more work needs to be done to understand it more fully.

Of course, with any study, there are caveats and limitations to how much the results should be interpreted, and the researchers do an excellent job framing these in their report. How big of an effect the difference in fat oxidation at night is, and what that would mean for the actual amount of weight lost, still needs to be quantified. The authors also acknowledge the narrow demographics of their participants – 10 males, all under the age of 30 – and the fact that the study was only conducted over one night. This is the rhythm of scientific study and discourse and should not take away from the impact of this important first step. We are excited to follow this area of research and see how the understanding of this potential additional benefit of OLED lighting develops.

Explore the full study from the University of Tsukuba here 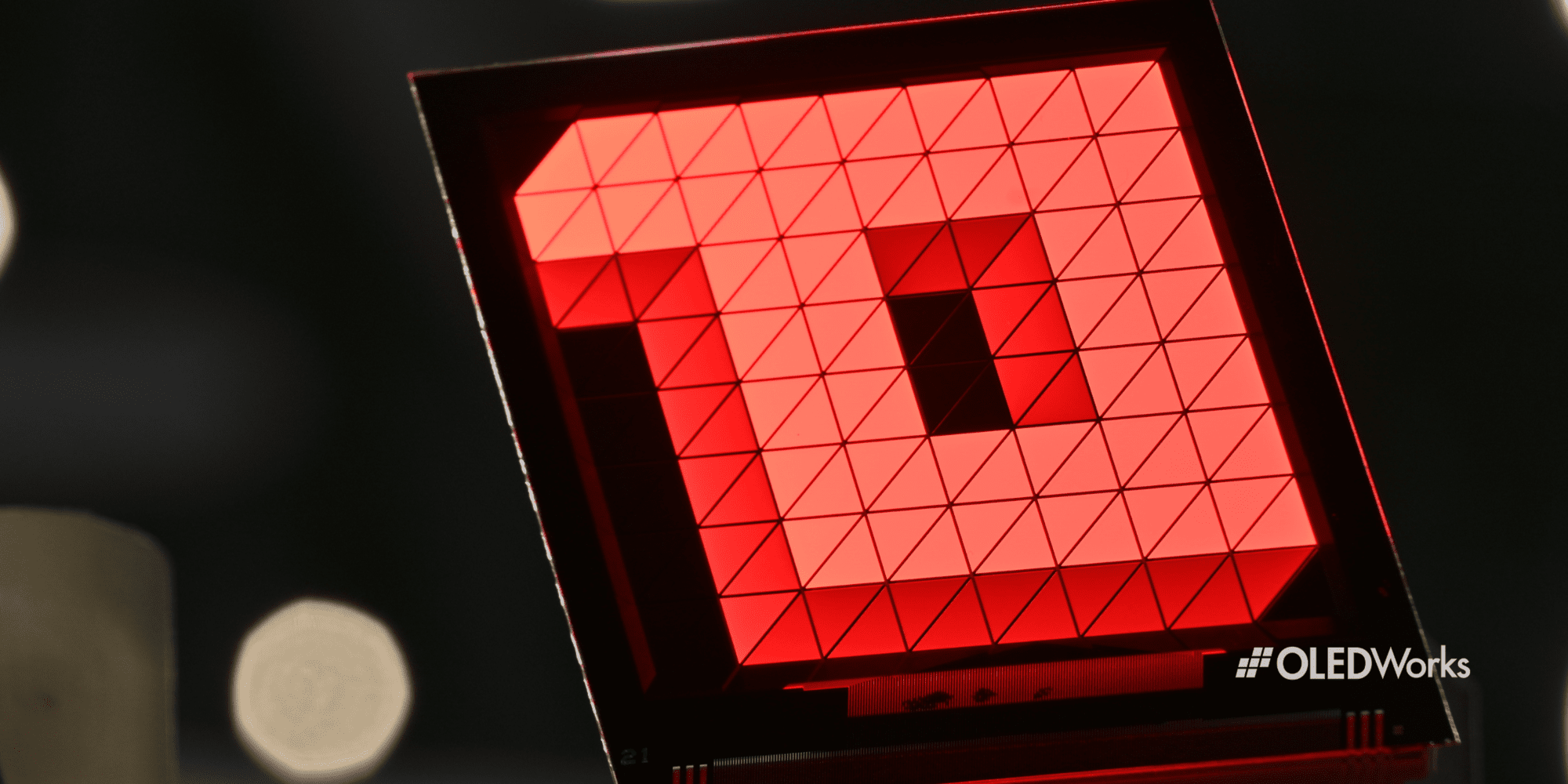