Last year, OLEDWorks announced that we had begun to invest time and resources into the development of OLED microdisplays, or micro OLED displays, that built upon our multi-stack OLED technology used in our existing lighting products. Then, in August of 2020, I presented some of our key findings at the Society for Information Display (SID) Virtual Symposium. But what is OLED microdisplay, and how does it differ from OLED lighting? What are the key applications for microdisplay? And why is OLEDWorks well-positioned to create the highest performing microdisplay technology on the market?

What is OLED microdisplay?

A microdisplay is, in its simplest definition, a very small display – between 0.75- and 1-inch corner to corner. OLED microdisplays are made using circuits on a silicon backplane to control the individual pixels, which allows for very small displays. The exceedingly small size of these circuits allows incredibly high-resolution images to be created. For example, the iPhone 12 has a resolution of 460 pixels per inch (PPI). Our microdisplay made in research have resolutions as high as 2,600 PPI, more than 5.6 times the pixel density. 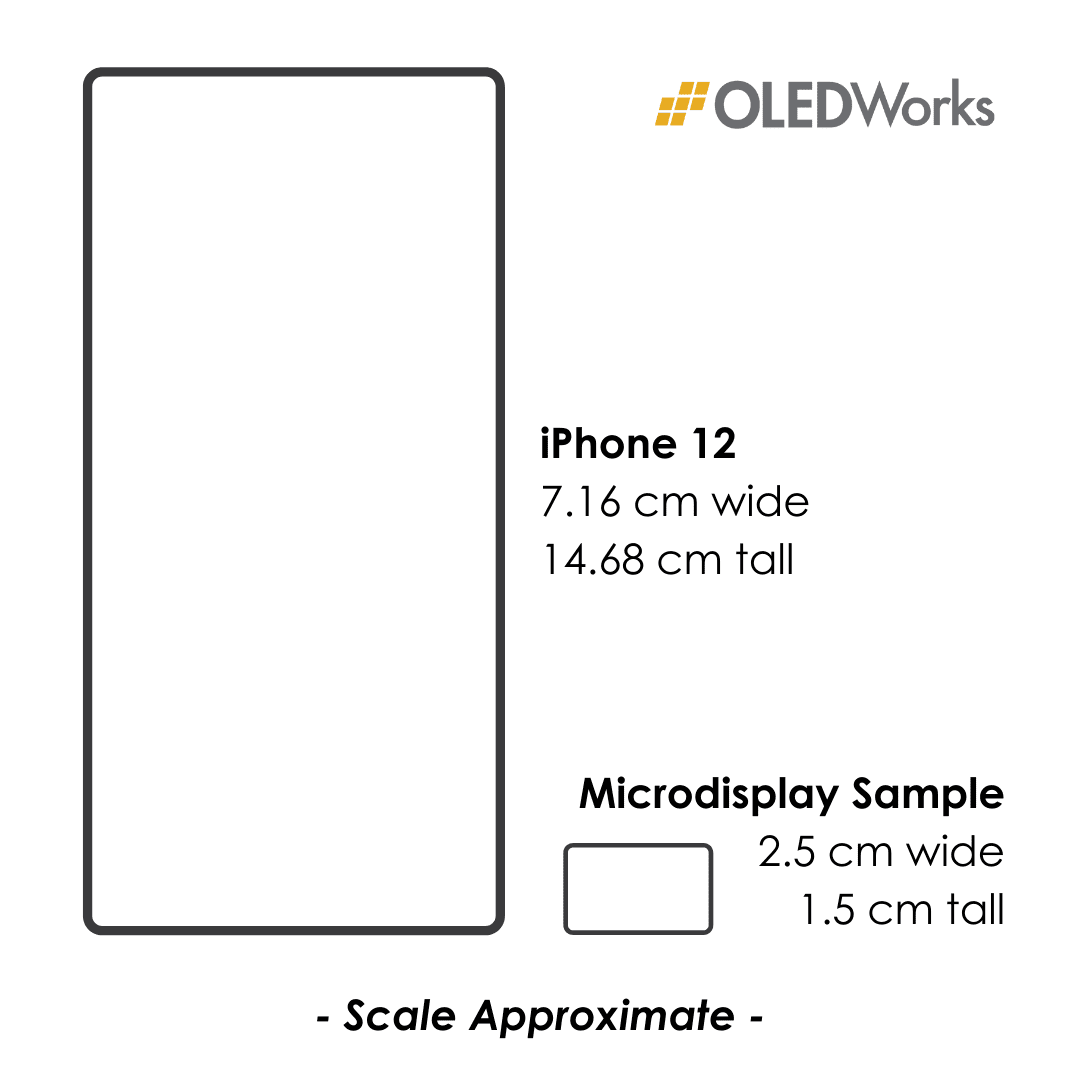 In active-matrix OLEDs (AMOLED), each pixel produces its own light, as opposed to LCD displays – even those that use LED backlighting technology. This creates several advantages, such as very high contrast, as the pixels can be completely turned off in dark areas of the image.

With their high resolution and contrast, AMOLED displays are already popular in high-end televisions and phones and are being considered as one of the most promising technologies in the microdisplay market.

Microdisplay technology is typically considered for use in AR (augmented reality) and VR (virtual reality) applications. AR applications use microdisplay technology to augment the user’s surroundings with additional information, such as displaying a map inside of someone’s glasses, a heartbeat during exercise, or a “turn left” signal on a racing course. VR applications on the other hand are self-contained units that create an isolated “reality” inside of the visual apparatus. This application is often used for entertainment in the video and gaming industries.

Current Challenges – Why OLED Microdisplays Haven’t Taken Over Yet

There is a unique phenomenon in our brain that causes us to think a small image (such as a microdisplay) is blurry when we pass our eyes over it quickly, even when it is crystal clear. This can cause issues with comprehending what we’re seeing, as well as headaches and discomfort.

To counteract this phenomenon, researchers have come up with an interesting solution: flash images for less time. Most TVs operate at 60 hertz (Hz), flashing 60 images in front of our eyes per second (with some high-end models operating as high as 120 Hz). Researchers have discovered that if you maintain the average 60 Hz speed but show the images for only a fraction of the time they are normally shown, our brains will fill in the “gaps” where we are seeing nothing and prevent the perceived blur. Here-in lies the challenge: if we compress the images down to 1/10th the typical duration, it needs 10x the brightness to be perceived equivalently. 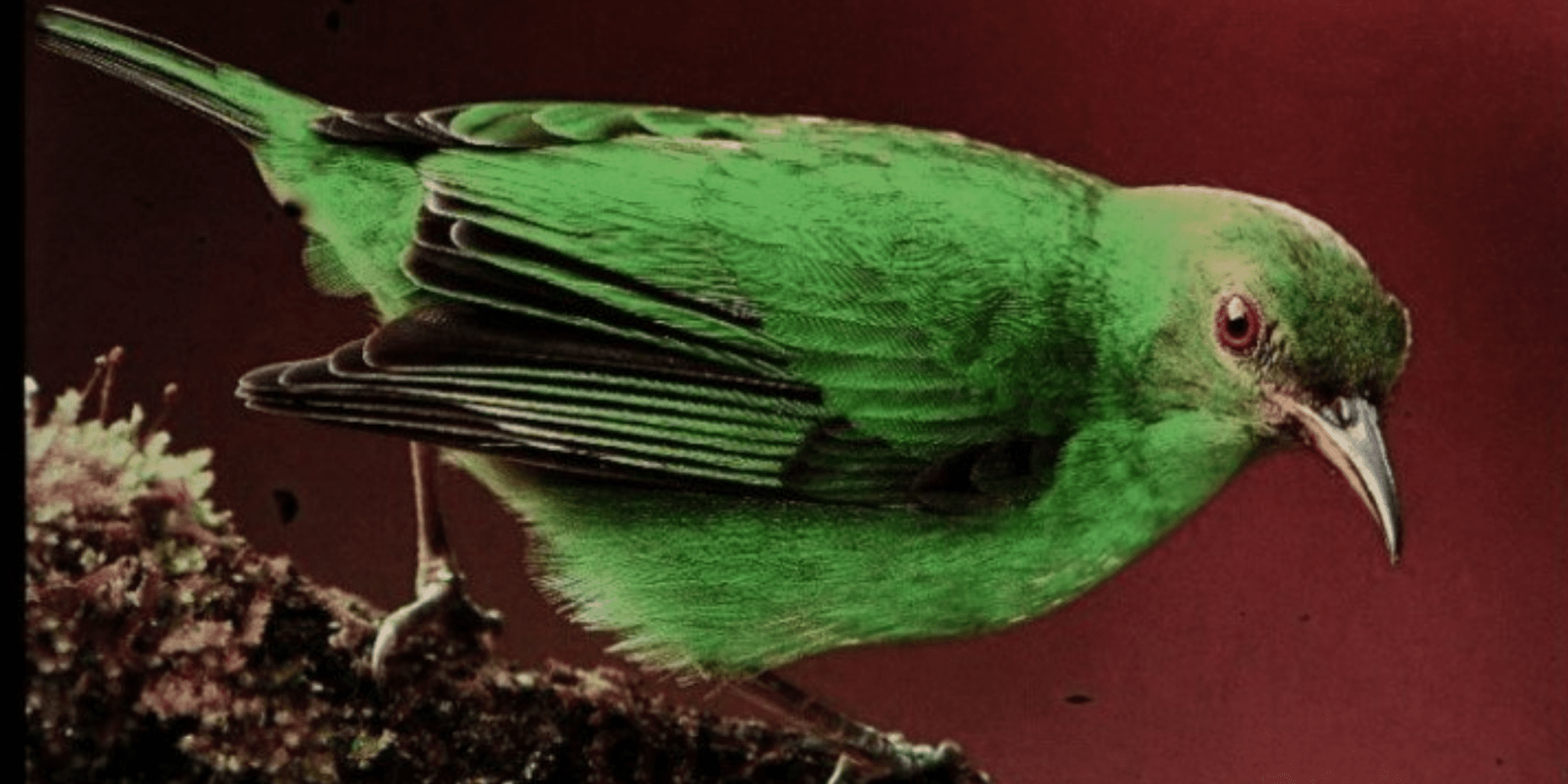 Additionally, many VR and AR applications are used during daytime, even used outside under direct sunlight. Discounting the additional brightness needed for compressed images, high brightness is a necessary component to successful adoption of microdisplay technology.

OLEDWorks is Poised to Create the World’s Best OLED Microdisplay

OLEDWorks is the leading OLED lighting technology manufacturer in the world, with the brightest OLED lighting panel that is commercially available. We achieved this through our unique use of multiple stacks of emissive materials, and this technology can be directly applied to microdisplays.

Where other microdisplay manufacturers are utilizing only one layer of emissive materials, or two at the most, OLEDWorks products comprise a multi-stack architecture that is already performing at much higher brightness than existing products. By utilizing our knowledge of multi-stack architecture, we are confident that our microdisplays can achieve the brightness necessary for real-world AR and VR applications, with superior definition and color gamut.

Additionally, we already possess the technology necessary to manufacture these displays. The organic layers that emit the light for the display can be manufactured using the same equipment used to produce our lighting engines, like our current OLED lighting panels, simply deposited on a silicon wafer instead of a glass backplane.

Commercially available OLED microdisplay isn’t going to be ready tomorrow. But OLEDWorks is already producing incredible results and is well-positioned to produce the world’s highest-performing OLED microdisplays. Soon, OLEDWorks will be a household name for lighting and microdisplay technology.